Today is the 70th anniversary of the liberation of Auschwitz concentration camp and to mark the date I’m posting four radio documentary-shorts that I made to mark the 60th anniversary and which were broadcast at that time on WLRfm (Waterford Local Radio) in Ireland.

These pieces centre around an interview with Holocaust survivor, Tomi Reichental, who was brought to Bergen Belsen concentration camp when he was just nine years old. Tomi has lived in Ireland since 1959. He raised three sons here with his wife. For about sixty years he didn’t speak about his experiences in the camp but now spends his time raising awareness of the Holocaust and telling his story. He has written a book ‘I Was A Boy in Belsen’ which is published by O’Brien Press and a film documentary of the same name was also made as well as a documentary ‘Close To Evil’ which was broadcast on RTE in August 2014. In 2014, Tomi was named Ireland’s International Person of the Year.

Tomi with his mother, Judith and his older brother Miki in Bratislava in 1941. 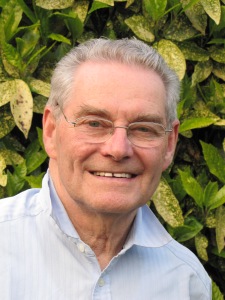 The music featured on these pieces is from Górecki’s Symphony No. 3, also known as the Symphony of Sorrowful Songs.